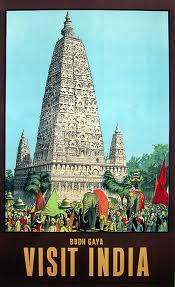 Found out several days ago that I’ll be going to India for business! Have never been to India and would probably never go on my own (too far and too expensive), so jumped at this incredible opportunity! The company would arrange my hotel, transportation, and airfare, but I had to take care of the visa. Um…..is MasterCard okay? *snicker*

And so begins my excellent adventure!

India does not issue their own visas directly to the public, but uses an outsourcer. Discovered this by a helpful Google search before I received the needed link from work. I was warned (several times) to be careful that I filled everything out correctly, so that my application wasn’t rejected. One of my co-workers had this happen and he had to fix and resubmit his paperwork. Took me a couple of days to fill it out, as I was paranoid from all of the warnings! Then I had to wait for my letter of introduction, showing that I was traveling on legitimate business. This took another couple of days.

Since I didn’t have much time, I couldn’t apply for the visa through the mail but had to go in person. Yet another hoop to jump through, as I had to make an appointment and include a digital image of the my picture and signature. Oops! I signed outside of the box (BIG no-no)! Get the white-out!

Finally get an appointment and head into the city. Have I ever mentioned how much I hate New York City traffic? I hate NYC traffic. Heard more car horns during this drive than I’ve heard the past two years! Pretty sure that NYC cab drivers are the worst drivers in the world! And I’ve survived cab rides in Turkey, Rome, and Manila! *shudder*

Obstacle #1: get past the bouncer at the front door. Okay, he wasn’t really a bouncer, but sure looked like one! Had to show my paperwork, confirm my appointment time, and show him that my cell phone was turned off before he would even let me in the front door!

Up the stairs to hurdle obstacle #2, the screener. His job was to make sure all of your paperwork was in order. When I arrived, there was an older couple at his desk that looked like trouble. They were there for almost 10 minutes, and who knows how long before I arrived? Then they went around the corner and started going through all of their paperwork, spreading it out on the floor. Next was a family of three, then a woman and her daughter, then me. I was the only one who had everything ready and in order. Yea me! The screener even thanked me! Think I may have set some kind of record too! Guess I was the only one who actually read and followed the website instructions. Hey, when someone puts something is ALL CAPS, I pay attention!

Final obstacle, the processing desk. Took over 30 minutes from screener to processing, and there were only five groups ahead of me! While waiting, I watched the screener throw his weight around by rejecting people’s paperwork and telling them to go home and make another appointment. He threw so many people out of line that I couldn’t figure out how the old couple managed to sneak through???

At last! My turn! The processing agent looked through my application, read my letters, took my money, and told me to have a nice day. I was at the counter less than five minutes! And yes, that older couple were still at the counter when I left! *shakes head*

Have checked out the hotel’s website and bought a travel guide and am starting to pack, since I’m leaving on Thursday! So excited! This is my first overseas trip where I had to get a visa and visit a travel doctor. Got vaccinations for typhoid, hepatitis a, polio, and tetanus. And have malaria pills that I have to start taking two days before I leave.

akaTerri is a participant in the Amazon Services LLC Associates Program, an affiliate advertising program designed to provide a means for sites to earn advertising fees by advertising and linking to amazon.com